Walt Disney Co. has agreed to pay $3.8 million in back wages to 16,339 employees, including workers at its Florida theme parks whose hourly pay allegedly fell below the minimum wage when the company deducted the cost of uniforms and costumes.

The company also failed to compensate employees for duties performed before the designated start of their shifts and failed to maintain accurate payroll records, the U.S. Labor Department said Friday in announcing the agreement with the Disney Vacation Club Management Corp. and Walt Disney Parks and Resorts U.S. Inc., both in Florida.
“Employers cannot make deductions that take workers below the minimum wage and must accurately track and pay for all the hours their employees work,” Daniel White, district director for the Labor Department's wage and hour division in Jacksonville, said in a written statement.

He said Disney was cooperative throughout the investigation. Efforts to reach a spokesman for the company were not immediately successful.
The agreement covers alleged violations between 2013 and 2017 and says that Disney is not admitting any violations occurred.

“This is a very large amount of money, but even more important because a large number of workers were involved,” said Seth Harris, who served as acting secretary of labor under President Barack Obama. “This case is another illustration of the fact that wage and hour enforcement is just as critical today as it has ever been.”

Disney has agreed to start within 30 days training all managers, supervisors, and non-exempt employees at all its Florida resort hotels “on what constitutes compensable work time and the need to accurately record all such time.”

Unpaid work before or after an employee's shift, uniform deductions that bring pay below the minimum wage, and incorrect record-keeping are all issues that arise fairly often in employment law enforcement, said Paul DeCamp, who ran the wage and hour division under President George W. Bush.

“The wage and hour division and plaintiffs' lawyers look for these issues in any investigation that they're doing, and many employers have practices that are challengeable with respect to those issues,” said DeCamp, now an attorney who represents employers. “And there is some measure of ambiguity in the law.”
Disney, the world's largest entertainment company, reported $55.6 billion in revenue last year.
Email Post
Labels: Wage Hour Overtime Uniforms Attorney Lawyer Theft Wage Kuvin Wage Missing 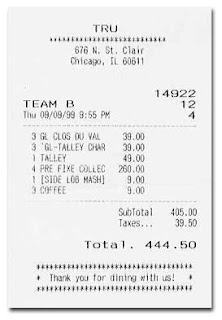 Walkouts – Who Is Responsible For Paying The Check?